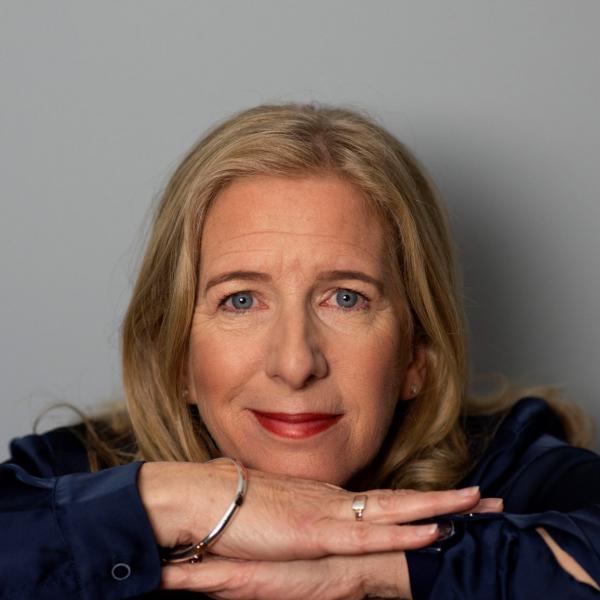 I travel Nationally and Internationally

10% discount for bookings via The Celebrant Directory

I am an independent fully trained Civil Celebrant who will help you to design exactly the ceremony you want. This may be a wedding ceremony, civil partnership ceremony, a renewal of vows, a baby naming ceremony or a funeral.

Family Ceremonies:
Having recently been a guest at a number of fantastic celebrant led weddings, I decided that I wanted to help couples and families to design and enjoy a truly unique and joyous day. You can include family or friends to read a poem or light a memory candle or have a family unity sand ceremony or a fabulous hand tying. You can choose the day, the time and the place. You can choose the ceremony content, the vows, personal readings or prayers. You choose if you want any religious content or none at all. This is about you not the celebrant.

Funeral ceremonies:
I can offer help and support, at the most difficult time in your life, to design an appropriate funeral service for your loved one. You can choose if you want some religious content or none at all. This ceremony will celebrate their life and not just focus on the death. I will write and deliver the ceremony, including writing the eulogy, if required. This is a refreshing and poignant way to say goodbye as your loved one would have wanted.

I trained and qualified with two NOCN Diplomas in Family Celebrancy and Funerals. This is the highest accredited celebrant training available.

I have worked in financial services for 40 years, living in both the UK and overseas, where I have learnt the importance of being a “people” person and developing great communication skills. This helps me to connect with people and understand their needs.
I am married (twice!) with a teenage son, chickens and two dogs. I currently live in Belfast but am happy to travel to any location to provide the ceremony you want, whenever and wherever you want it.

I am professional, friendly and positive and I am confident that I can help you to design the ceremony that you need.

I love learning about your love story and your future plans and developing a truly personal and unique ceremony script for you. I can help you to choose from a variety of symbolic gestures to include: warming the rings, hand fasting, lighting a memory candle and beautiful sand ceremonies. I enjoy connecting with both of you and appreciate the trust you put in me for such an important day. We can include family and friends in various parts of the ceremony as you wish. Although normally a non religous ceremony, you can add a religous reading or blessing if required? The content of the ceremony is totally your choice - not mine!

For Funeral ceremonies, I will work closely with you to learn about your loved one's life and develop a ceremony to celebrate their life in a way that they would have wished. 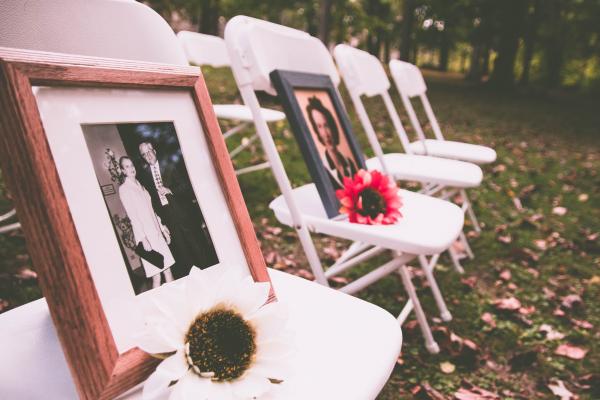 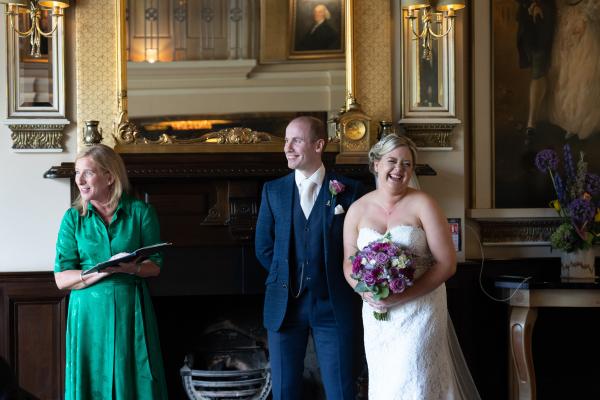 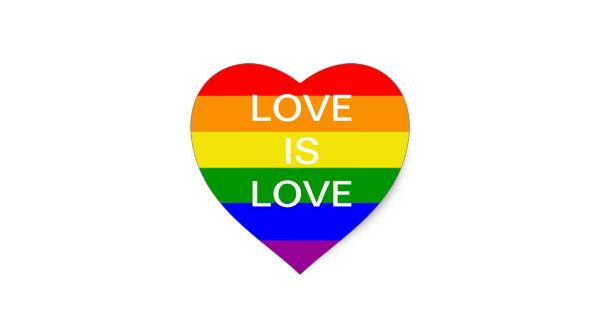 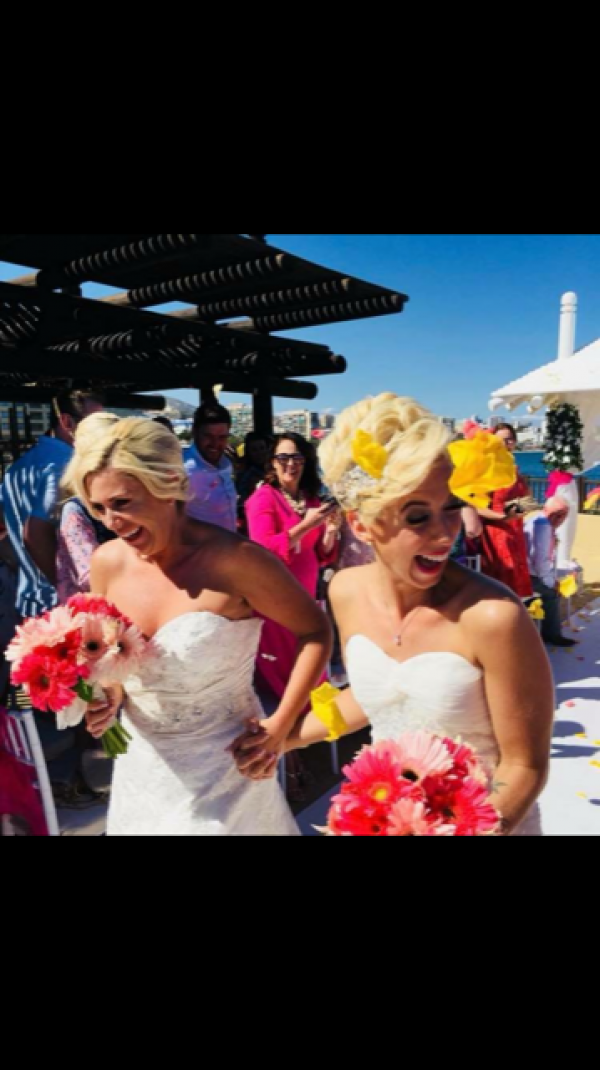 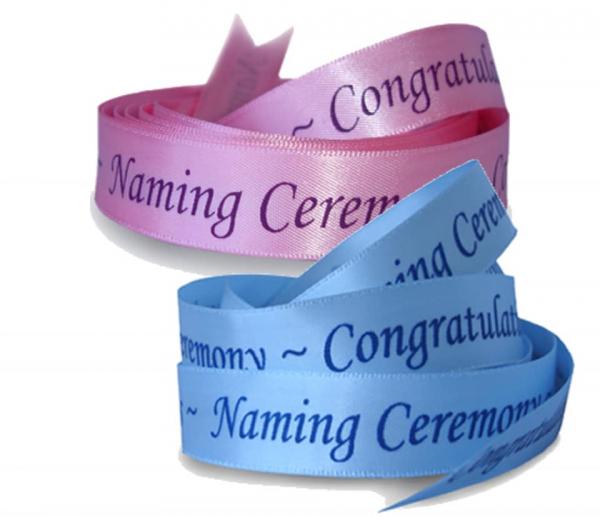 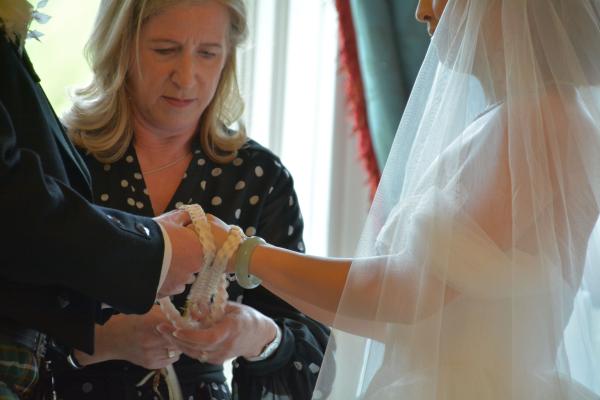 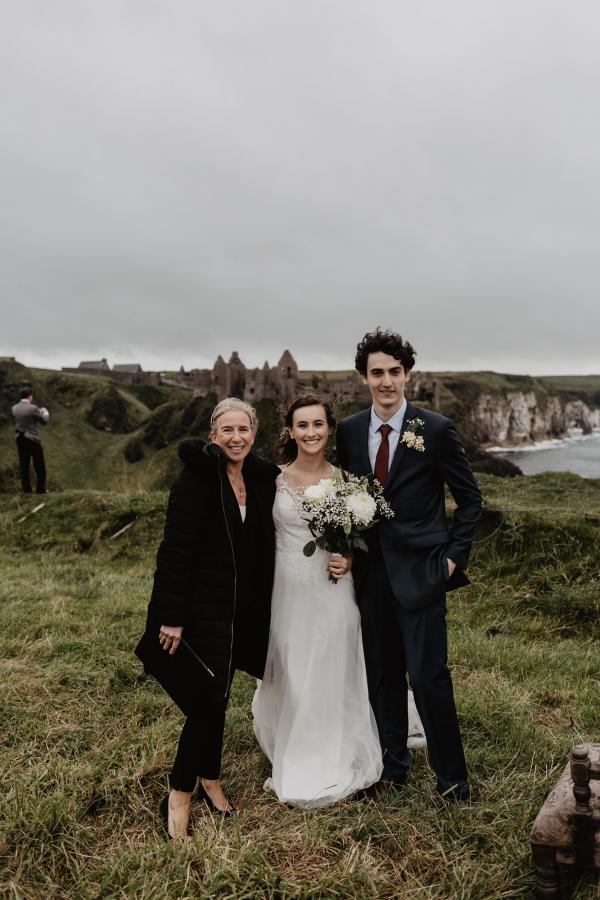 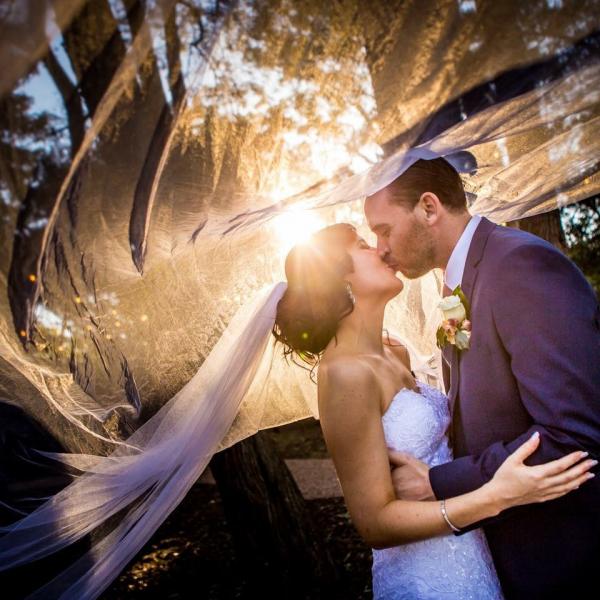 Fiona was recommended to us by the Crawfordsburn Inn and she proved to be a great find.

We initially had a get to... Read review.

Thank you soo much to Fiona for helping us welcome Andrew into the family on his naming day. It was beautiful. Yourself and Julie were soo accomm... Read review.

Fiona officiated our wedding at Belfast Castle recently. It was a fantastic ceremony, very different than we're used to as it the first wedding i... Read review.

Our wedding on a boat!

Fiona recently officiated at our wedding ceremony on a small boat on the Lagan. We really appreciated how accommodating Fiona was regarding the r... Read review.

Write a Review for Fiona

Fiona was recommended to us by the Crawfordsburn Inn and she proved to be a great find.

We initially had a get to know you meeting with Fiona which included a chat about us and our story. The meeting was relaxed, informal and after a short time was just like a conversation with a close friend. Following that initial meeting it was not a hard decision for us to confirm Fiona would be the perfect celebrant for us and we would be totally at ease for her not only to be part of our day but to add to it.

Due to an illness in the family the wedding was being planned at short notice however this was not a worry to Fiona and we felt confident that the completion of our wedding script would be as important to Fiona as it was to us and she would cover empathically all the sensitivities the ceremony would produce as well as the feelings of elation ,joy ,happiness the wedding day brings.
On the day our wedding ceremony covered everything we wanted it to and it had the balance between being serious and relaxed, thoughtful and light hearted with plenty of humour. Much of this was possible as Fiona made us feel so at ease, her voice was clear and reassuring while her script was sensitive and told our story .

Fiona played an extra special part in our planning and celebration as my mum became very ill prior to the wedding and we desired an opportunity to involve mum in our wedding. Fiona without drama stepped up to the mark and made it possible for a short intimate ceremony and symbolic hand fastening to take place in hospital. A ceremony and a memory full of emotion which will never be forgotten. We will always remember the empathy and support that Fiona gave us at that time she really did go the extra mile. Thank you Fiona.

Thank you soo much to Fiona for helping us welcome Andrew into the family on his naming day. It was beautiful. Yourself and Julie were soo accommodating. It was great to work together and make it a day just for him.
I would definitely recommend if anyone is looking any non religious ceremony. It was just soo relaxed. And we've had people say they might just have one for their family after attending ours.

Fiona officiated our wedding at Belfast Castle recently. It was a fantastic ceremony, very different than we're used to as it the first wedding in our family that was done outside of a church setting.
We were a bit nervous but Fiona did a wonderful job in guiding us through everything without any problems. Our guests kept mentioning throughout the day how beautiful the ceremony was, especially the hand fasting which was a lovely touch that we're very happy with.
Quite a few people mentioned that they will definitely be in contact with Fiona for their big day or for their kids big day when the time comes, and I would have to agree with them and recommend Fiona's services.

Our wedding on a boat!

Fiona recently officiated at our wedding ceremony on a small boat on the Lagan. We really appreciated how accommodating Fiona was regarding the rather tricky location and that she made sure the ceremony could go ahead regardless of the rather fickle Belfast weather. The ceremony was beautiful and light-hearted, just as we had always imagined our wedding to be. Throughout the whole day, our guests kept mentioning how much they loved the ceremony. We cannot thank Fiona enough for respecting all our wishes and making this day so special and memorable for us and our guests.

Write a Review for Fiona

I am a real people person and I normally suggest a no obligation coffee with both of you to ensure that we have a great connection and that you both want me to deliver your ceremony. This is really important for such a special role in your day. I am professional, friendly and positive and I am confident that I can help you to design your Perfect Day.
If you would like to hear my voice, please visit my website @ www.perfectdayceremoniesbyfiona.com

Send a message to Fiona