Getting married in Greece, do’s and dont’s 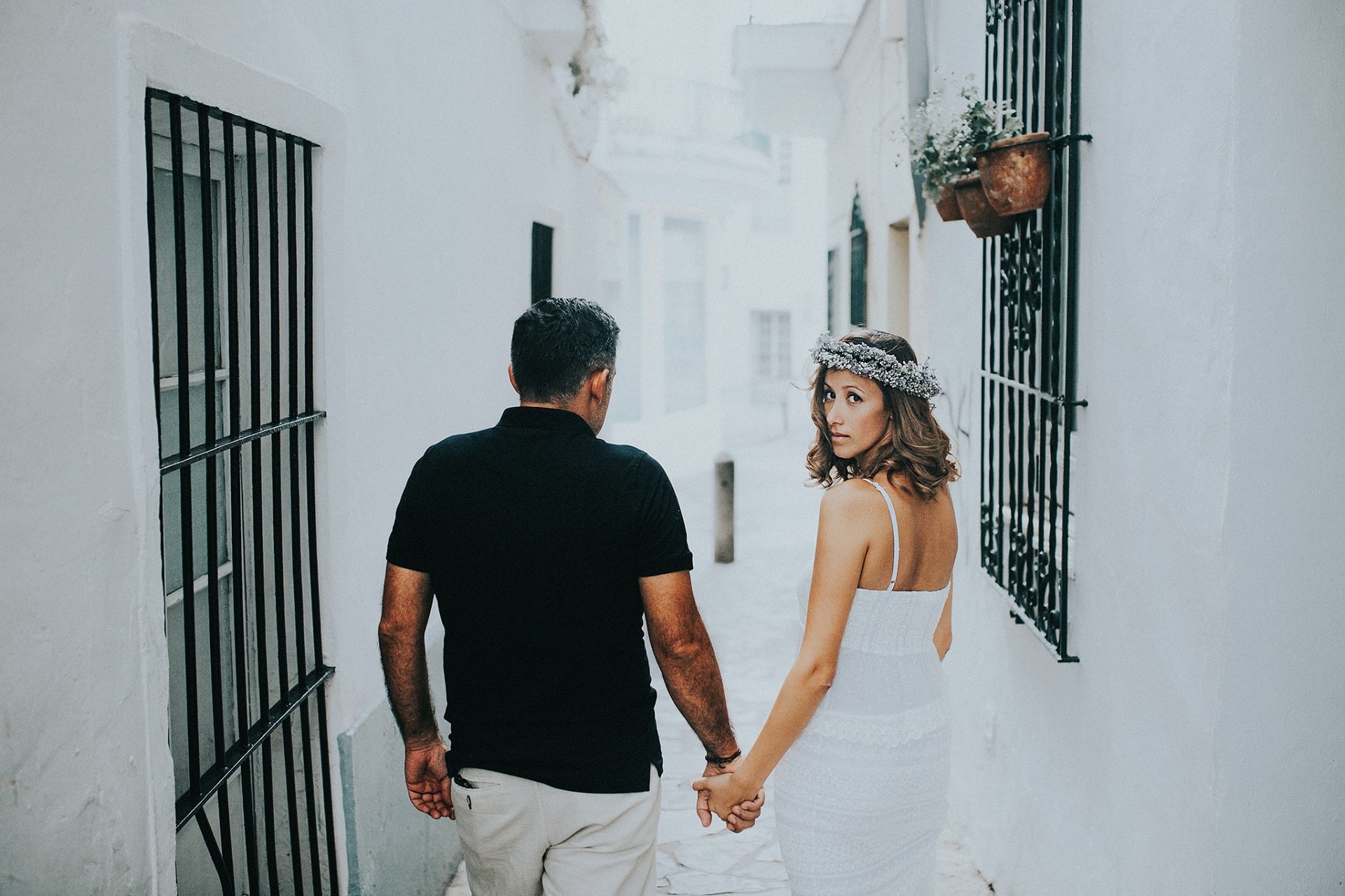 Here’s how not to get married in Greece!

“It was all over in the ‘blink of an eye’ “. One experienced celebrant shares her tops tips on how not to get married in Greece with advice on how to make the most of your celebrant-led destination wedding in the Greek sunshine. 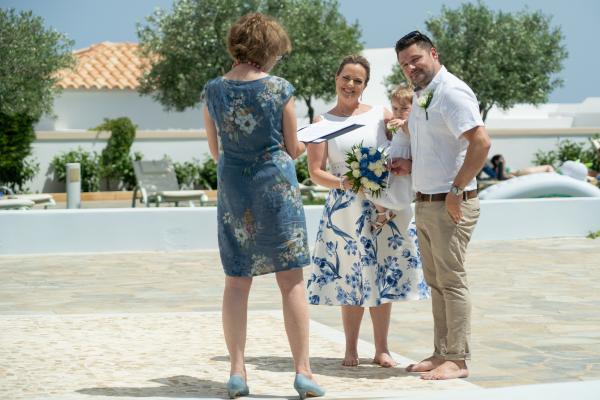 The destination wedding business is changing, in the modern world we live in, marriage equality is a must. Celebrant led ceremonies are trending in Europe, however until now, in most European countries a celebrant cannot conduct a legal marriage and this includes Greece.

A symbolic wedding ceremony in Greece. Now you see it now you don’t!

I created and performed a unique destination wedding ceremony on the Athenian Riviera in September and whilst discussing the ceremony with the bride, she told me something rather shocking. She herself had attended a friend’s wedding in Athens just a few days previously, it had been a ‘symbolic ceremony’ as the couple, both from Lebanon, had chosen to do the legal paperwork in their own country before travel. However, the ceremony was so ‘symbolic’  that none of the people present, to include the couple themselves, realised that the short 5 minute script read out by the wedding planner was it, that was the ceremony they had all been waiting for. They had travelled thousands of miles for this special moment and it was gone in a flash. Some family members did not realise that the ceremony had begun let alone finished! It was all over in the ‘blink of an eye’!

This ceremony was not performed by a professional Celebrant! 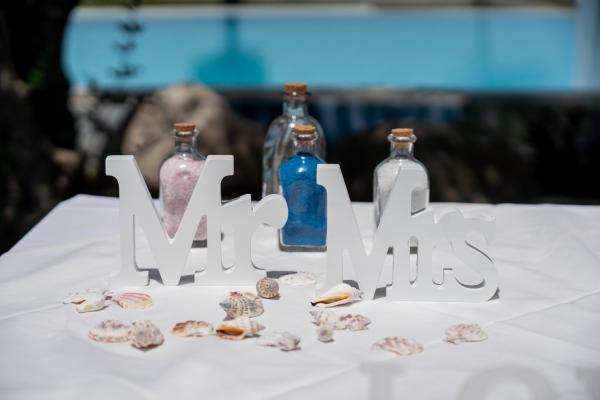 Options for getting married in Greece

How to get married in Greece: 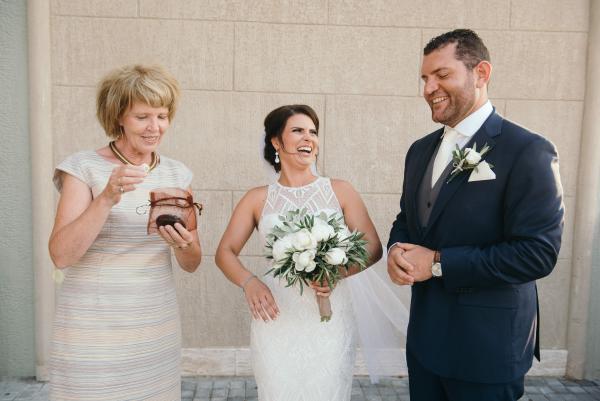 Why do couples choose a symbolic wedding ceremony in Greece?

Most couples choosing a symbolic ceremony have done so for one of the following reasons.

1)      They are unable to do the official paperwork required or they don’t want the stress of legal paperwork in a foreign country.

3)      They don’t want to be restricted to the authorised venues offered by the officials in the area.

4)      They want to have family participation in their ceremony.

5)      They would like to include symbolic elements and rituals such as handfasting, unity candle or sand ceremony, or other such elements.

6)      The couple is of mixed faith and would like to include a little of both.

7)      The couple has Greek heritage but are unable or not inclined to have a Greek Orthodox Church wedding.

8)      They would like to include some of their culture and traditions in their ceremony.

9)      Single sex couples who cannot by law have a legal civil ceremony in Greece. 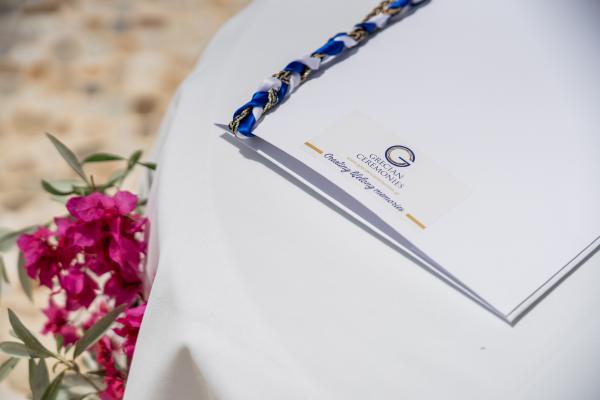 It’s time for wedding planners and popular wedding venues in Greece to start to step out of the box. There are of course some destination wedding planners in Greece who are fully embracing the arrival of the professional Celebrant and the unique ceremonies they offer to all the couples concerned. On the other hand, and rather troubling, are the local authorities who do not permit Celebrants to conduct symbolic ceremonies in popular venues for fear of losing business.

There will always be a market for the package wedding in Greece, couples who are just fine with the simple civil ceremony on offer, and that’s great, but what about the couples who want something tailored for them, in their style? They are looking for a Celebrant to tell their story, they want participation, symbolism, traditions, and they deserve to be given this option too. 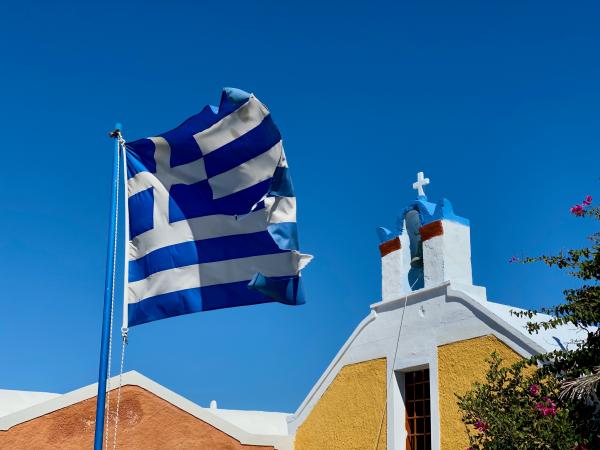 So what about the Celebrant and local Greek Registrar, working together, side by side to create something truly unique?

There is also absolutely no reason why a Celebrant and the local registrar couldn’t work together and on rare occasions this can be arranged in certain areas of Greece. The couple can submit all the legal paperwork required but still have a Celebrant to write and create a unique ceremony just for them, the local registrar will play their role accordingly, and then we have the best of both worlds for couples who really want to sign the legal documentation on the day but don’t want to be confined to the simple script available to them.