Getting married second time around. I do, take two! 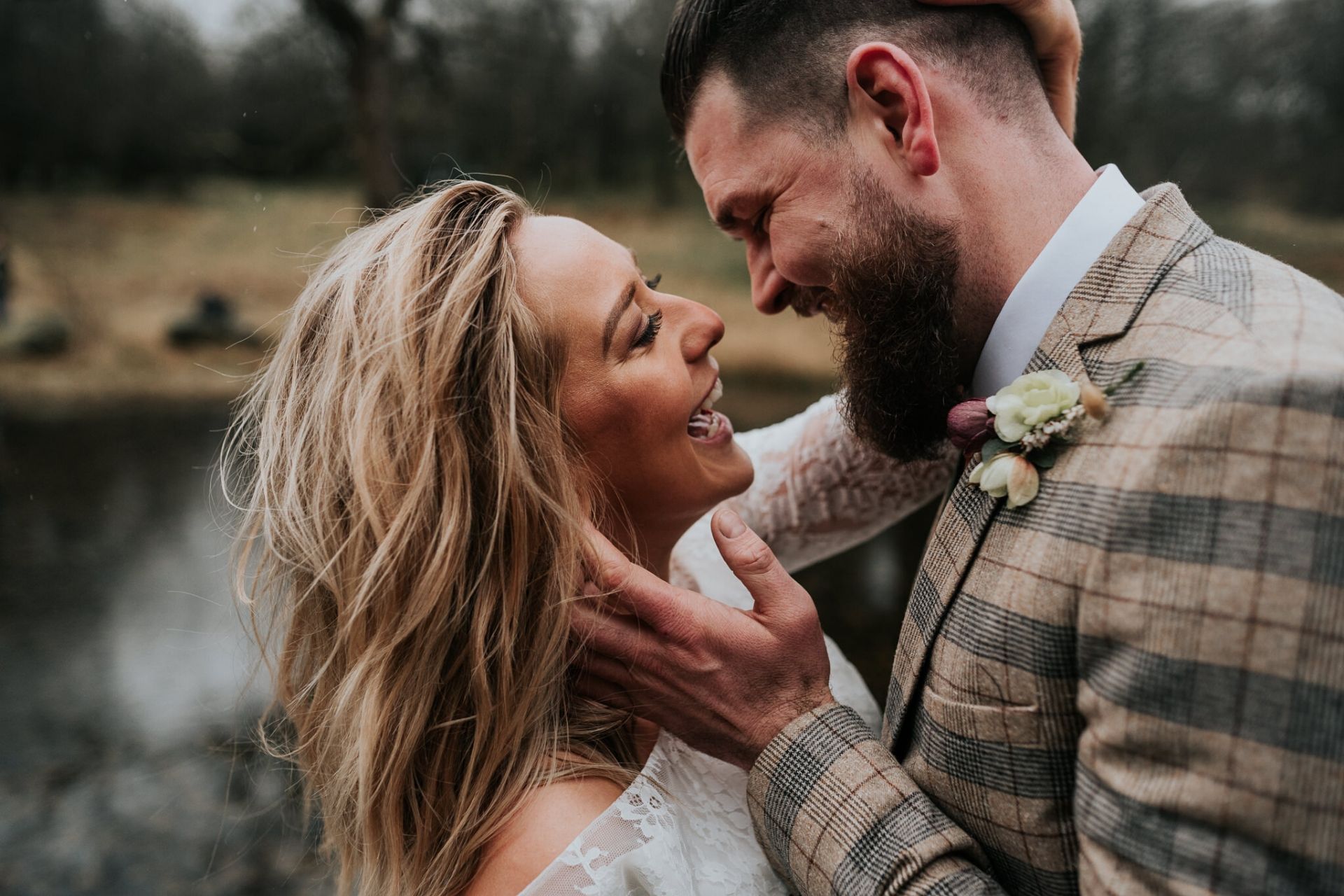 Debbie Skyrme shares her thoughts with The Celebrant Directory on saying I do, take two!

Well here’s the thing, I marry people in love and I celebrate whatever your love is. I am a writer and a Celebrant and I love my craft. I was recently asked if I had a favourite wedding and my reply was “the second time a-rounders”. As a Celebrant I totally love writing wedding ceremonies for couples who have been married before – whether widowed or divorced, couples getting married for the second time around are extra special to me. So that got me thinking, why on earth do people get married again? And why do I love celebrating their weddings?!

Why do people remarry?

The vast majority of couples enter into their first marriage genuinely in love with their partner and with an honest commitment to each other. Most couples sincerely believe that they are marrying for the right reasons and promise each other a life-long partnership with faith in an enduring love… otherwise they wouldn’t enter into it, would they?

So what goes wrong? Well, for whatever reason, despite their best of intentions people may grow apart over time, relationships break down beyond repair, marriages fail and sadly bereavements occur. So why remarry?

I believe that in order to experience a deep love, you have to risk loss. Just because your first marriage did not work out is no reason to believe that a second marriage will go the same way – but if you don’t risk it, you will never know. 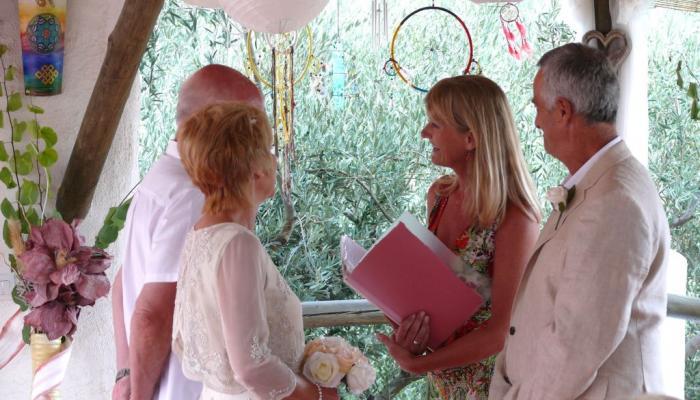 The wedding ceremony is the goal

With first weddings, rather than the celebration of the union of two lovely people, occasionally the wedding ceremony is the goal.

Couples can spend vast amounts of money on the appearance of the perfect wedding day with a guest list comprising people they hardly know but feel they should invite and an elevated levels of stress that high expectations can bring.

It is my experience that second wedding ceremonies however, often have a different feel. They appear to be more of an affirmation of the beginning of a life-long partnership witnessed by existing children, close family and friends. A kind of, “we can’t believe how lucky we are to have this second opportunity” mentality and as such the marriage starts off with realistic expectations.

Don’t get me wrong there are many, many first time rounders with the most beautiful love stories to tell, who get their wedding day vibe just right and go on to stay together through thick and thin.

Aware of the failures from a previous relationship older couples are also perhaps a little wiser and may try harder at a second marriage. They are no less romantic but may have a better understanding of their emotional needs which results in a meaningful and fulfilling relationship with less neediness.

Communication is a skill that comes with practice and is sometimes the stumbling block for a failed first marriage. With introspection and self-evaluation through the experience of bereavement or divorce, older people can come out the other side more self-aware and tuned in to their failings and weaknesses – and more patient and tolerant of the shortcomings of their partner. Fewer rows have got to be a good thing, right? 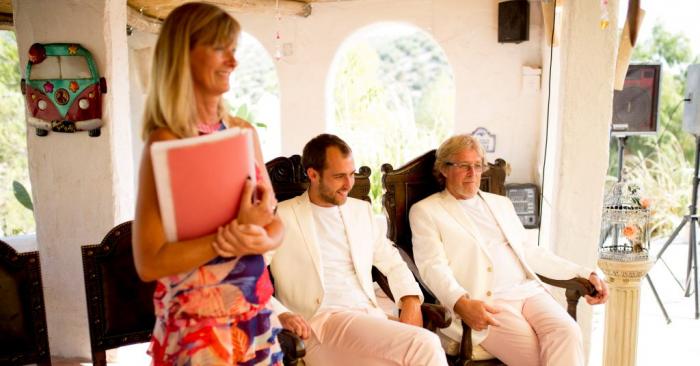 It has been my experience that some of the most fascinating love stories have come from much older couples after being widowed or divorced. Don’t knock first love. I have many examples of couples who loved and lost in their teens only to find their childhood sweetheart later in life, rekindle the relationship and go on to enjoy the most glorious and loving marriage second time around.

Many of us have had a relationship in which we have been something of a “pleaser”, constantly putting our partner’s wants and desires before our own and sometimes losing our own personality in the process. Older couples have the self-confidence of age, they are comfortable in their own skins, they know who they are and as such are empowered by an honest relationship, less inclined towards narcissism and with a “what you see is what you get” attitude. Love me for who I am! 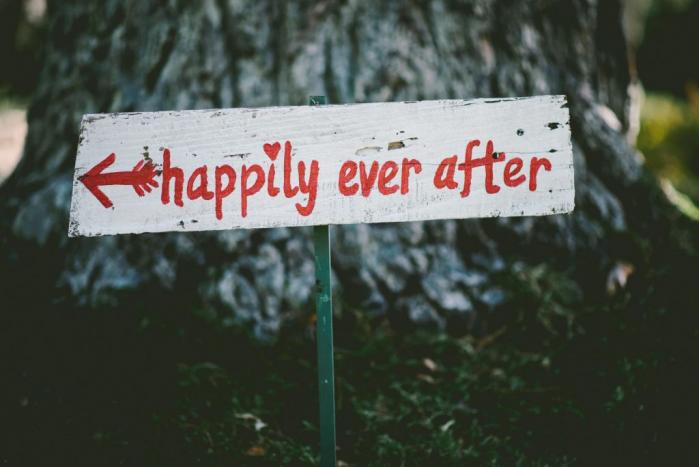 Are second marriages more successful? I do, again.

Despite my positivity towards people who remarry and say “I do, again”, the jury is still out as to whether second marriages are more successful or not. From a Celebrant’s point of view, it is my experience that the older couples are often calmer on their wedding day and treasure their second opportunity with a new-found perspective on the whole business of getting married again.

Some famous second marriages include:

Basically, as a dyed-in-the-wool, old fashioned romantic, I just love to see all people happy – and seeing older people so very obviously in love and holding hands during my wedding ceremony gives me an extra special thrill. I guess I just believe in the old adage, if at first you don’t succeed, try again!