How to include Indian rituals in an Indian/Western fusion wedding 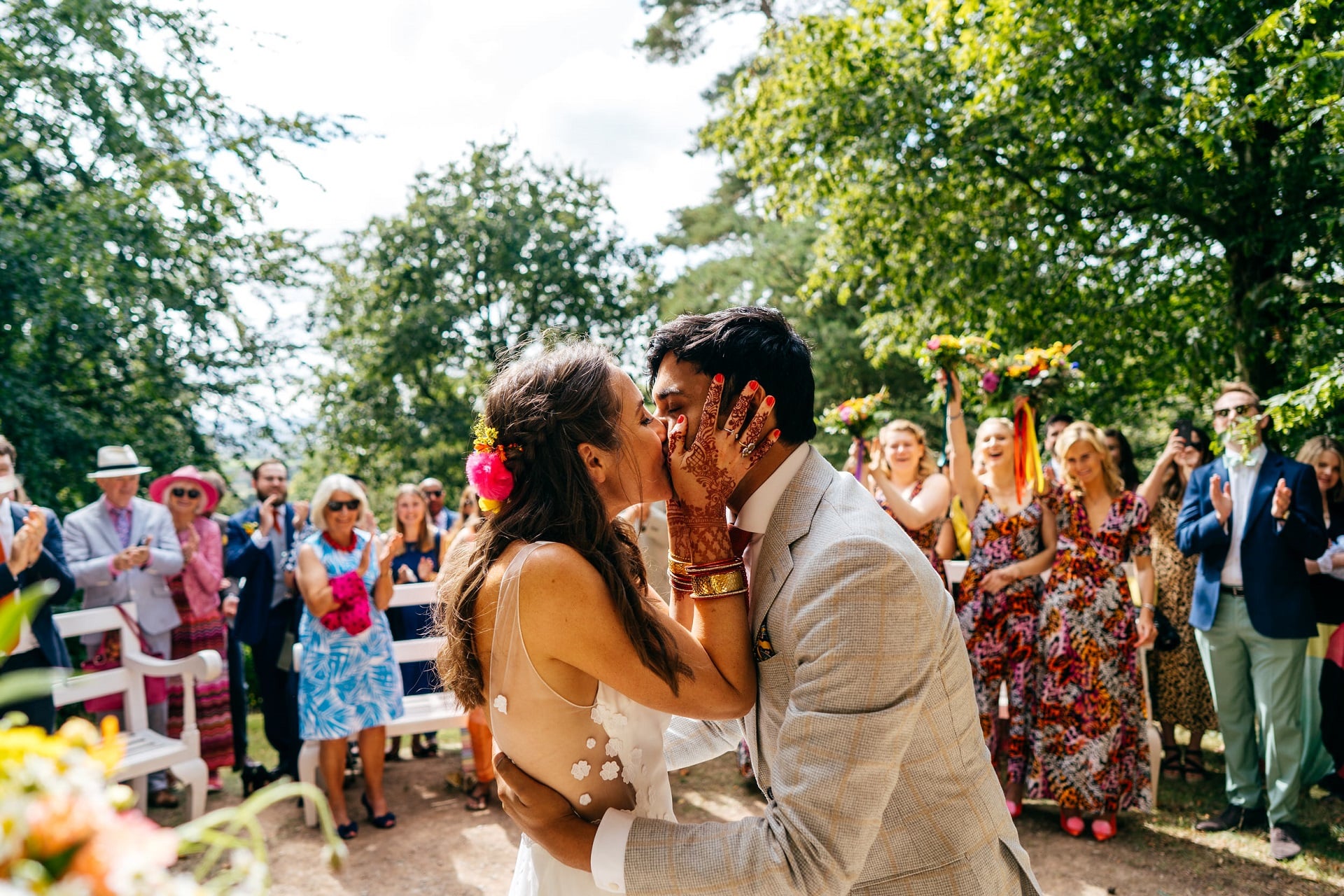 What Indian rituals can I include in my non-religious Western style wedding?

As an Asian celebrant, Sonal Dave was recently very lucky, to be able to conduct a non-religious, spiritual wedding ceremony for a young Hindu couple. They wanted to show respect to their parents beliefs during the wedding ceremony but focus on their own wishes to have a few Indian symbolic rituals mixed with the Western ceremony.

Here she shares her experience and advice for how to have an Indian/Western fusion wedding ceremony with inspiration for Indian clothing, live music, vow writing and cultural Indian traditions. 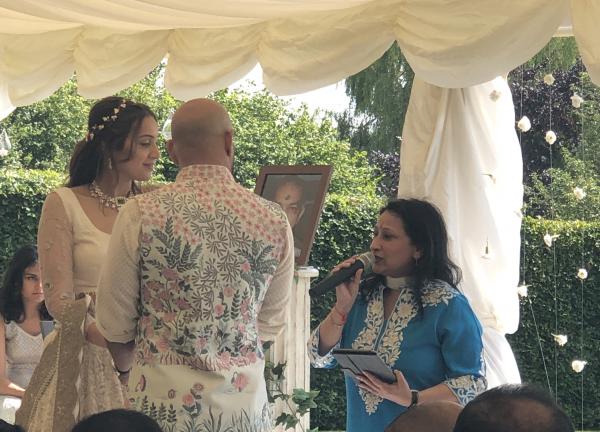 Spiritual rather than religious ceremonies

For many years Asian and Western families have followed what their grandparents or the family priest told them to do. Whilst in the past, couples never really understood what they were doing or why, nowadays they realise that they do have options when it comes to getting married.

Weddings that are more spiritual and less religious are now much more common with the modern generation and also to an extent their parents.

For many couples, they loved the traditions, colours and music but were just not religious. Today, more non-religious and fusion weddings are taking place, so it is important to understand what can be done if you choose not to have the full Indian wedding.

So what Indian traditions can we include in a Celebrant led Wedding Ceremony?

We can do the Ganesh Puja which is done at the start of any Hindu event. Ganesh Puja is a prayer to Lord Ganesh (the elephant head shape God).

He is considered the God to welcome all and also remove all obstacles that may come in our way. Lord Ganesh is known as the God who provides knowledge and prosperity.

During a wedding we perform this Puja so that the married couple will be able to deal with any issues that come their way and so that they may have good luck.

We can do the Mangalsutra ceremony which is a very powerful ceremony in the eyes of many. The reason behind this is because of two things.

It is also possible to do the Sindoor ceremony. Many of today’s generation of ladies do not wear Sindoor daily. However, for the wedding they choose to do this ceremony as it is a mark that they are now married.

Sindoor is a red coloured powder that the bridegroom will place on the hair parting using thumb and first finger closest to the thumb, although some choose to use thumb and first two fingers to steady their hand. Many spiritual people also believe that by applying the sindoor to the parting you are activating the chakras on your head.

It is important to consider the couple’s entrances, vows and have lots of traditional or western music throughout from a grand live band music to a solo instrument. If you are a Harry Potter, Game of Thrones, Michael Jackson or Bollywood fan, we can even have that music played.

The four Mangal pheras in a Gujarati Hindu wedding is where the couple circles the holy fire four times, which symbolizes:

It is important to understand the meanings of the traditions or ritual you want to include in any wedding ceremony.

Sometimes couples choose not to include the four Mangal pheras when they understand the meaning –  but that is not to say it is not possible!

Together we can work out the best way to make a ritual happen in practical terms taking into account your personality, style and wishes on Indian tradition and rituals. 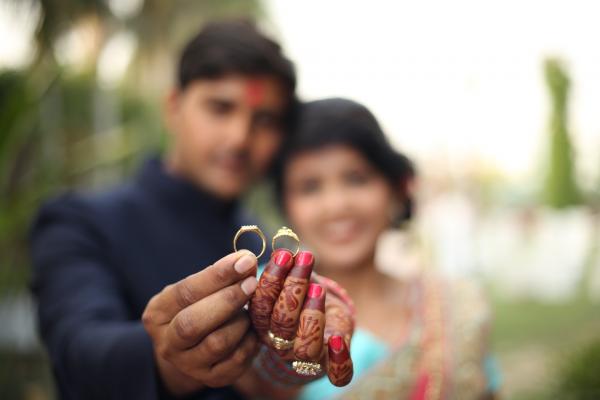 Sonal says she is often if there is anything she cannot do.

“The honest answer is, I am not a priest so I will not be conducting the Celebrant ceremony in Sanskrit reciting all the mantras as set out in the Hindu sacraments called ‘Sanskars’ and the sacraments performed at the time of a wedding which are called ‘Vivah Sanskar'”

“I am happy to sing prayers in Sanskrit that I know and any songs that you choose but the rest of the ceremony will be in English and Gujarati.”

So in summary, if you want a wedding ceremony that is personalised to you including both Western and Indian elements, find a celebrant who can help you to understand the rituals and cultural traditions in order to respect their meaning. Then the only thing holding you back is your imagination! 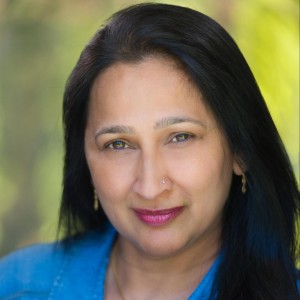