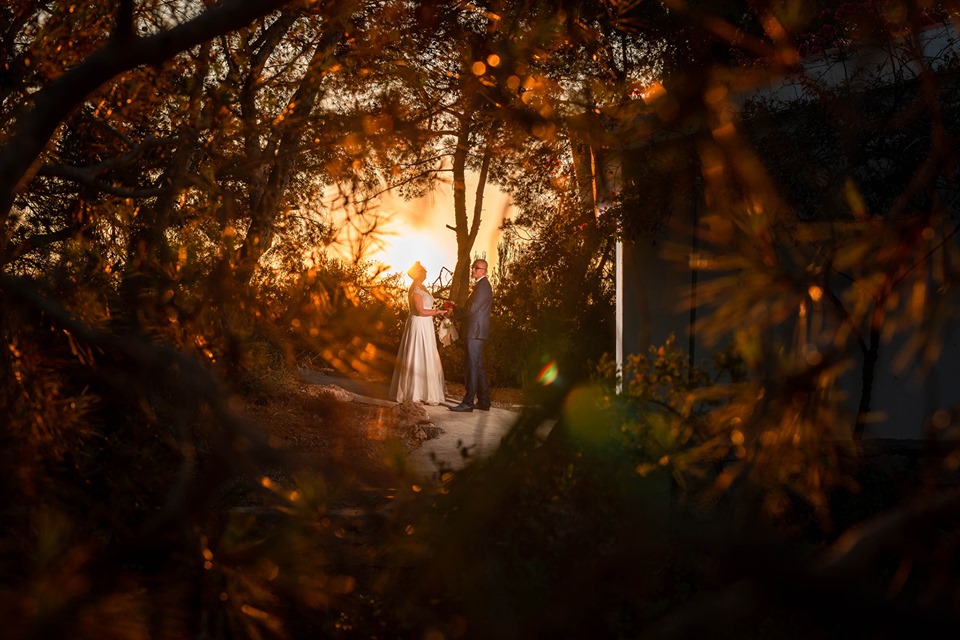 What brought a Belgian couple 2000 kilometres by car to a little known Spanish seaside village to renew their vows after 30 years of marriage?

July 2019 saw Pascale Vandeputte and Wim De Leenheer from Ghent in Belgian drive their car all the way across Europe to the pretty low rise village of La Herradura on Spain’s Costa Tropical. High on a wooded cliff top, overlooking the sparkling Mediterranean they renewed their marriage vows at a very private dawn ceremony. 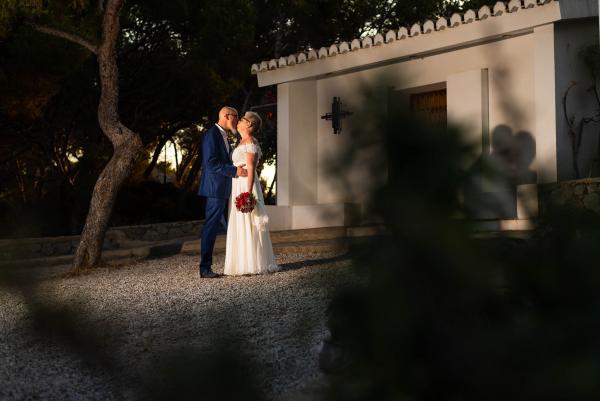 The Belgian couple contacted an independent Celebrant in Spain, a year earlier to ask if she could recommend a location for them to renew their marriage vows and perform a personal ceremony for them.

On chatting with their Celebrant in Spain via Skype and Messenger, Pascale and Wim described how they had met 32 years previously when they had very little money. They met through work colleagues and their special connection was immediate.

On their first real date, Wim drove Pascale over an hour to his nearest beach where their relationship with the sea as a special symbol for them began. 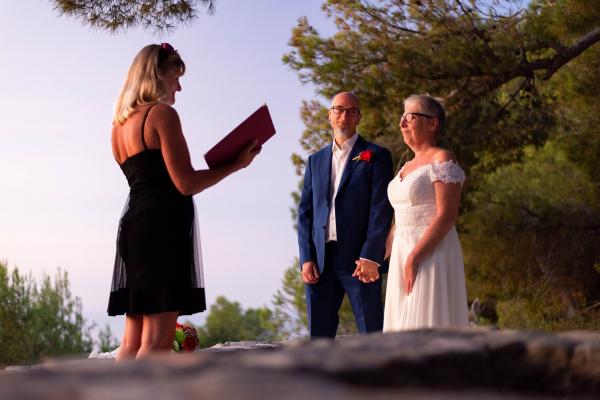 Create the wedding ceremony they never had

The couple got married two years later and as with many young couples, not only was the wedding on a tight budget, it was also organised around what was “expected” and what would please the families rather than what Pascale and Wim would ideally have wanted – something that many couples experience!

To recognise their thirty year anniversary, Pascale and Wim wanted to renew their wedding vows and also create the ceremony they never had.

Over the years, they had not only fallen deeper in love with each other, but they had also fallen in love with Andalucia – seeing southern Spain as somewhere to retire to and an ideal location for their ceremony. 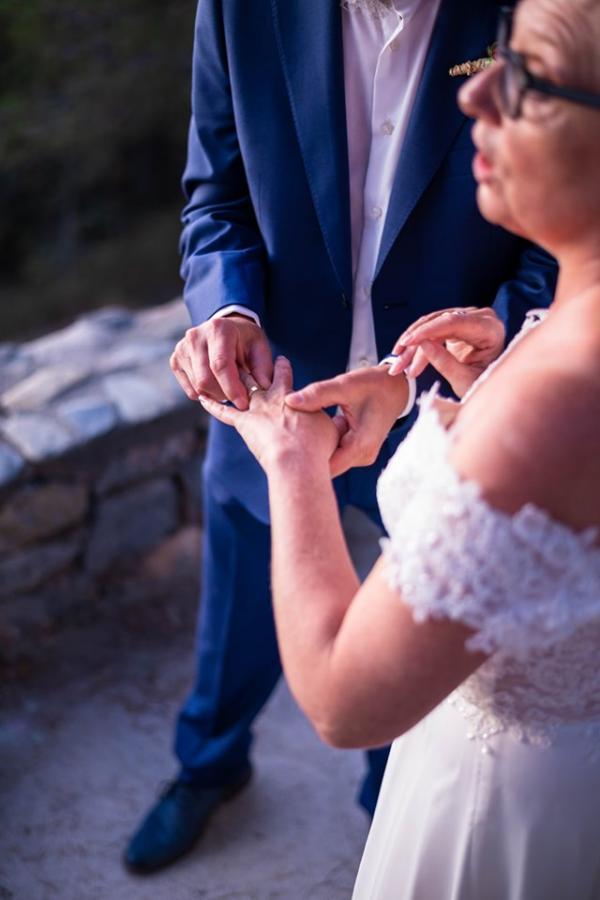 Pascale and Wim reached out to a bilingual Celebrant who had lived in the area for nearly a decade and who scouted out three possible “venues” and sent videos of the locations to the couple back in Ghent.
Excitedly, they chose the wooded garden of an “hermita” high above a little Spanish bay, perfectly in tune with nature and with breath taking views of the sea.

Next came the crafting of the ceremony itself – mainly in English and based on the traditional wording that Pascale and Wim had spoken thirty years previously, they wanted personal readings that reflected their personalities.

When the couple received their draft script by email, they were in a Greek restaurant in Belgium. They decided to read it there and then and both were in tears as the words in their ceremony script resonated so perfectly with what they both felt. 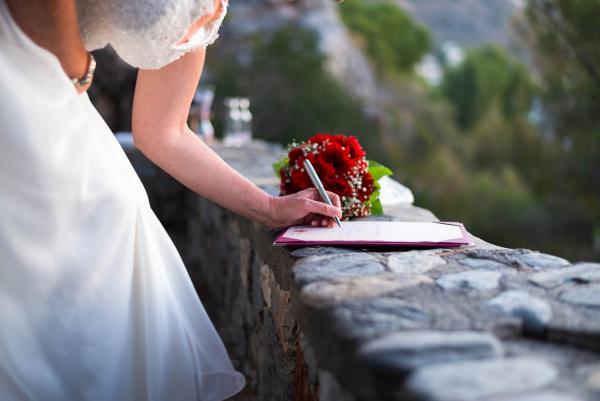 The detail of their dream vow renewal ceremony

Pascale and Wim had the gold from their wedding rings melted down with the gold from Pascale's godmother's ring (a very special lady who was witness to their original wedding) to make two new wedding rings with a little male/female niche so that they fitted together.

And so in late July, in a secret spot in Andalucia, Spain, the small wedding party met at first light.
Their Celebrant performed a ritual whereby she sprinkled sea salt to acknowledge the energy of the four points of the compass and temporarily define the ceremony space as “theirs” – the atmosphere was truly magical. 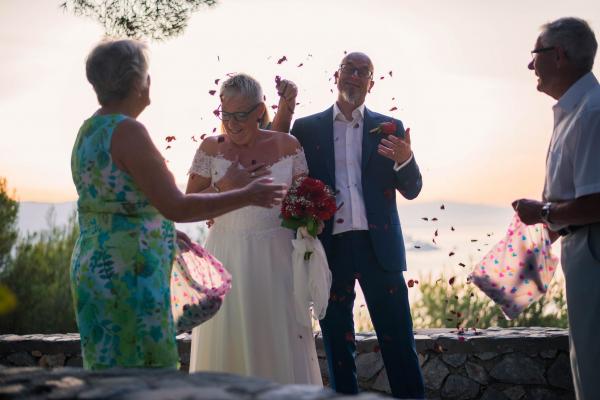 Pascale wore a beautiful full length off the shoulder wedding gown and Wim was very dashing in a blue two-piece.
The bridal bouquet and groom’s button hole were bright red Transvaal gerbera daisies with white baby’s breath. The confetti was of rose petals, collected and dried by the Celebrant.

Dawn broke and the sun rose over the sparkling Mediterranean as the couple once again spoke their vows – this time with every detail just as they had dreamed.

Following the ceremony, their photographer made the most of the amazing early morning light at the Marina del Este whilst the Celebrant and four guests set up a Moorish styled wedding breakfast on the sea wall. 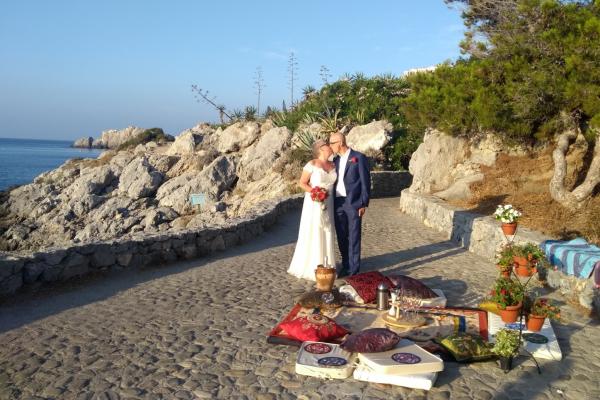 Pascale and Wim had clung on to the precious few photos that remained of their wedding day - the honeymoon photos were ruined whilst they were being developed! So the final perfect detail was a recreation of Pascale and Wim’s original wedding photo thirty years earlier. 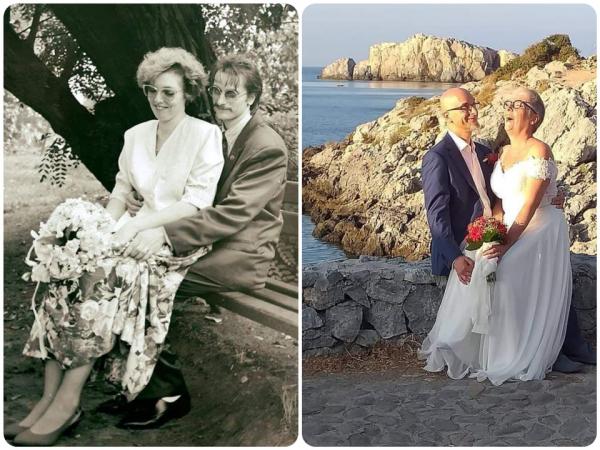 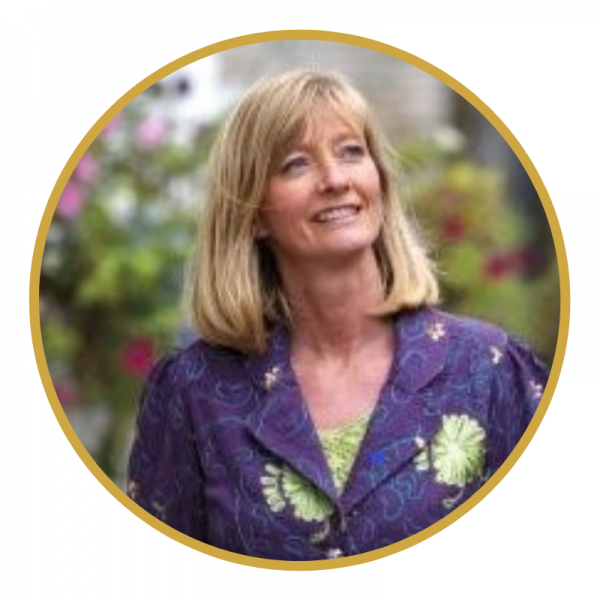 Debbie Skyrme is passionate about raising the profile of Spain as a destination wedding location. She is a former UK Deputy Superintendent Registrar who now officiates bilingual symbolic wedding, elopement and vow renewal ceremonies in the Spanish sunshine. 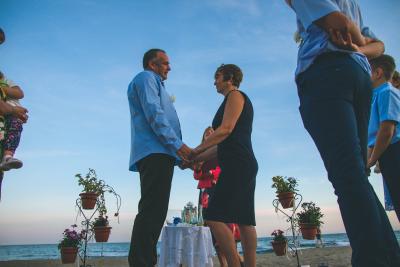 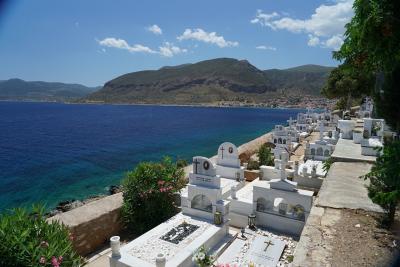 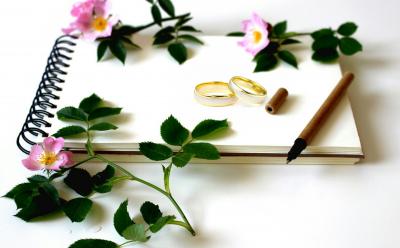 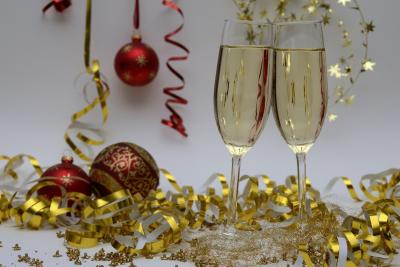 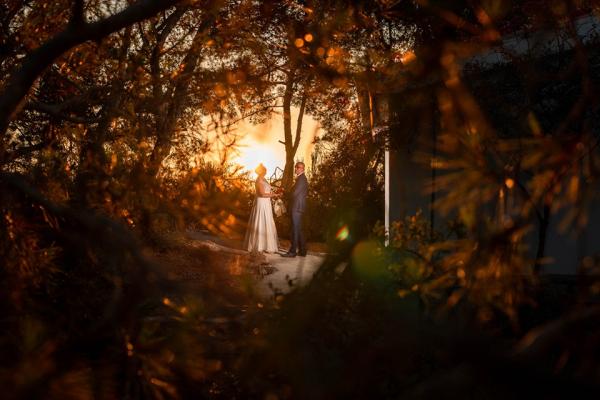 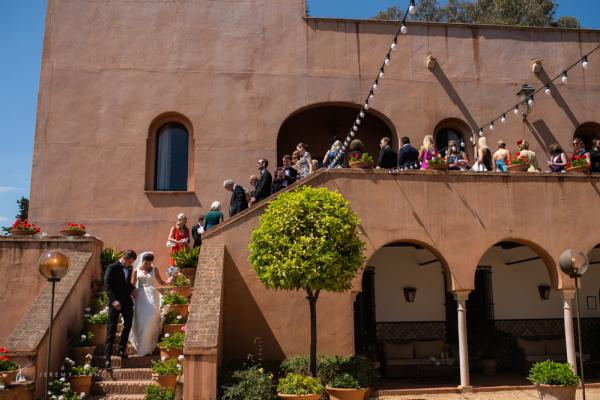 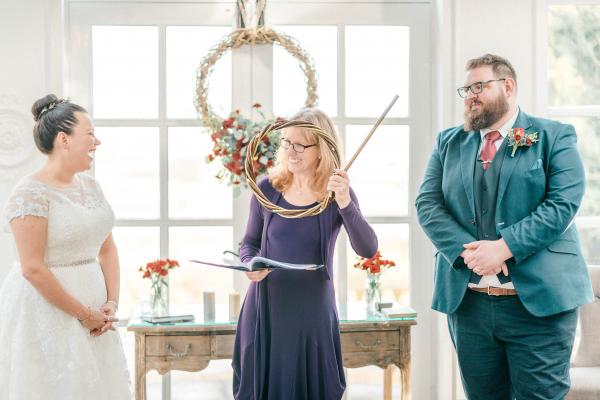