Do I have to change my name when I get married? Traditional Debunked! Do I have to change my name when I get married?

Traditions and laws around the world, in relation to the giving and taking of a forename and a surname, are so varied and indeed complicated that it is fair to say there is no one cap fits all and …oh boy, is it a contentious subject!

The simple answer is no.

You don’t have to change your name, but traditionally women in the UK do.

What’s the tradition behind it? Why do women take their husband’s family name?

Historically, this all began in the 16th century, a woman was compelled to take her husbands surname after marriage by law. She gave up all rights of ownership and self -governance in doing so and became her new husband’s property.

As very few women worked independently outside of the home after marriage and so they had no real need for self – identification.

But it was different in Scotland..

The only women in the UK that weren’t compelled by this law lived in the lowlands of Scotland between the 16th and 18th century. A young bride did not join their husbands ‘kin group’ or clan and their marriages were designed to create friendships between the clans rather than a new bond of kinship so a name change was not required.

What about the rest of the world?

In Iceland, a woman will automatically retain her own surname, as they do in France where whilst men and women will often accept each other’s surnames, they cannot legally change them on marriage.

Get this, in Greece women are forbidden from taking their husband’s surname after marriage by provincial law!

How about in Asia?

Japan recently decreed that all married couples MUST have the same surname, despite a legal challenge mounted by a small group of women who wanted to retain their maiden identity. 96% of women take their husband’s name.

In Malaysia and Korea, whilst there is no law preventing a woman from taking her husband’s surname, it is a pretty foreign concept and so women tend to retain their maiden name. 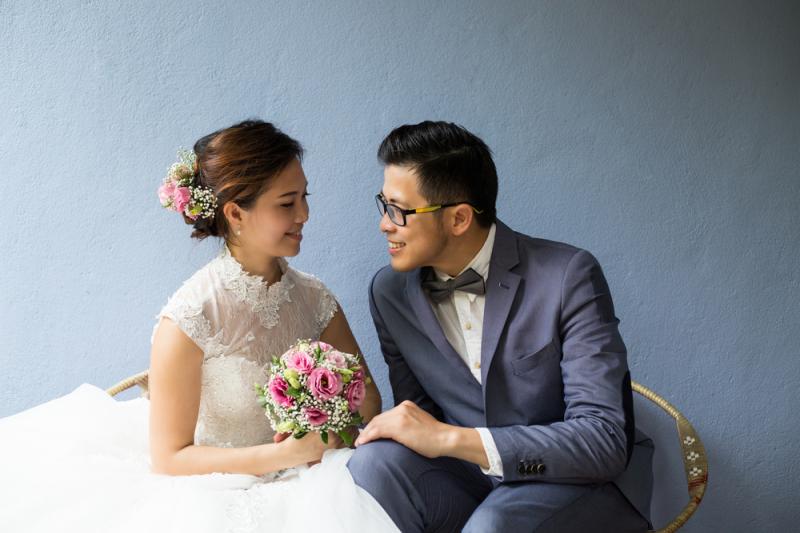 So what are the alternatives?

Retaining your own family name

More and more women in the UK are choosing to retain their own surname upon marriage for a multitude of reasons. Not least of all because they actually like their identity and being married in this day and age does not mean you have to lose anything!

A lot of women have achieved reputation and qualifications in their maiden name and work and wish to retain their given name, even if only for business purposes.

You could double barrel..

Often, but not exclusively, done to prevent a family name from becoming extinct. A lot of modern couples are choosing to do this, as they want to acknowledge they have joined together and are committed to each other within the bonds of marriage, but neither wants to lose their individual identity.

What happens when two people with double-barrelled names decide to marry and join their names together though?

Such an interesting question! Let’s look at two modern alternatives that seem to be gaining more and more popularity in the UK and may be the answer to that problem.

Like a lot of alternatives within marriage and wedding rituals, this seems to have gained momentum in America, especially amongst millennials and it involves two surnames being blended into one, giving equal status and value to both names.

But is this a modern fad or here to stay?

What started with the meshing of first names of the rich and famous (I mean who doesn’t know who ‘Brangelina’ are?) has evolved over the past 20 odd years. Fancy blending your last names to create something new that you are both happy to take on?  Check out www.nameacronym.net.  You can blend up to 6 names!

I put my surname and maiden name in and came up with  ‘Tallen’ amongst others…what a giggle!

This is probably not as modern a tradition as first thought. Throughout history children have been given their mother’s or even grandmother’s maiden name as a middle name, another way of retaining a link to the ancestors and keeping a name alive.

Now though for some who don’t want to double barrel or blend this is the next best way of retaining a given name, especially with today’s penchant for unusual first names, a slightly alternative middle name does not go amiss.

Of course, you can always start a fresh and decide on your own surname!